The official obituary of Norman Gilbert Brownell is available for viewing on Choice Memorial’s website; please visit to view and share photos, condolences and memories of Norm.

On behalf of the Alberta Foster and Kinship Association (AFKA), it is with deep sadness that I inform you of the passing of Mr. Norman (Norm) Brownell. Norm passed on Sunday, September 19, 2021, in hospital. The family will be holding a private family viewing and service and will hold a celebration of life at a later date.

Our thoughts and prayers are with his loving wife, Marie, his children, Grant (Cheryl) Brownell, Lisa (David) Earle and grandchildren, Tabatha, Tanner, Dylan, Cameron and Delaney; Norm’s family were his pride and joy. Along with his family, we know this loss will be felt by many, young and old, far and wide and our thoughts are with you too, as we grieve this loss together.

Norm and his wife, Marie, started fostering children in need of care in 1969. Since then, together they have fostered over 500 children. Aside from providing a safe and nurturing environment for these children, they worked diligently as team members with Alberta Children’s Services, natural family members and adoptive parents to ensure that the best interests of each child were met.

In 2016, Norm was honoured in a Blackfoot naming ceremony by a former Chief of Piikani First Nation, Peter Strikes With A Gun, with the name “Aa Kominii”, which translates to “Many Wings”. This name was given to Norm to signify the many children that he has held under his “wings” over the course of his life; how fitting of a name.

In 2012 Norm was the recipient of the Stars of Alberta Award, where they recognized him as an extraordinary Albertan for his significant contributions to the well-being of his community and fellow community members.

Norm has been the light and heartbeat of the AFKA (formerly AFPA) for many years, having earned the trust and respect of our staff, Board of Directors, local and regional caregiver association Presidents, and many others across this province and country.

As if he wasn’t busy enough, Norm continued to make himself available to provide support to any foster or kinship caregiver in need of help or guidance. Norm was a strong advocate for foster and kinship families and children and youth in care.

Outside of the association Norm volunteered time to coach Peewee hockey and baseball in his home city of Calgary. It would be impossible to accurately total the number of volunteer hours Norm gave, they are limitless.

A carpenter by trade, Norm was a humble man who has truly left his mark by serving his community. He was a selfless person who valued the importance of taking an active role in the community to make positive change. He was a true role model and mentor to all who knew him; a tireless leader for families, children and youth.

Norm’s passion was found in the Brownell Children’s Retreat, so appropriately named after him and his wife, Marie, by the AFKA Membership for the work, time and dedication they put into it. Norm believed in the dream of this camp, and was passionate, even determined, to see it succeed. Norm was rewarded by the smiles and laughter of the many children who visited the retreat for various events. Norm’s rides with the kids on the Gator, or the infamous soak down of the kids on a hot day, with the onsite firetruck, will bring happy memories for many years to come. This was something that brought Norm pure joy; he really was a big kid at heart. From playing Santa at our volunteer appreciation Christmas parties, to his infamous jokes he would tell at the AFKA conferences, Norm really brought something special to anyone who had the privilege of meeting him and to the AFKA.

If you were lucky enough to spend some time speaking with Norm, chances are, he may have shared a story or two about the parade floats entered in events like the Calgary Stampede or Klondike Days. Norm was so proud of the hard work and the beautiful floats; aside from being fun, they drew awareness to the need for caregivers in the community. If you’re ever at the AFKA office be sure to take a peek at the trophies, ribbons, and photos won for the float entries, with many thanks to Norm!

In celebration of his life, we encourage you to focus on Norm’s amazing accomplishments, and the positive impact he made on this world. Take some time to reminisce on Norm’s wonderful sense of humor and the many wonderful stories, so many of us have shared with him. If you have a story that you would like to share about the impact Norm had on your life, please visit Choice Memorial’s website to view and share photos, condolences and memories of Norm.

The family has requested that in lieu of flowers, they would appreciate donations being made to the AFKA Brownell Children’s Retreat. 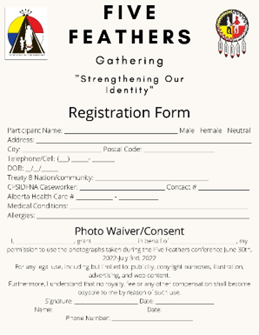